Eilean Donan Castle, one of the most beautiful and breathtaking Castles in Scotland, stands proud on the main tourist route to the Isle of Skye, and it’s worth visiting. 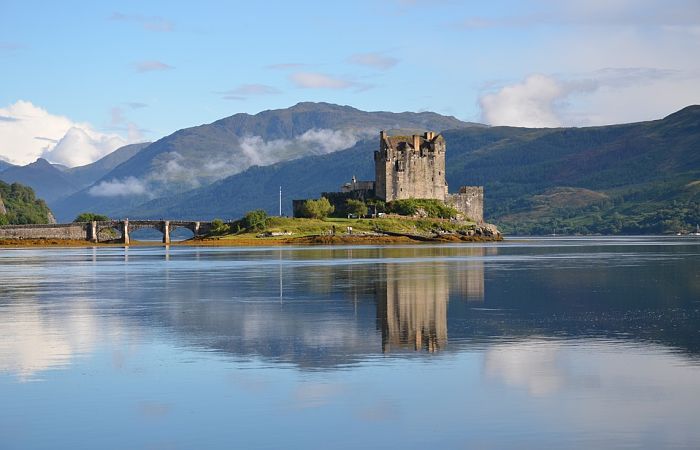 She really is a beauty, and there is no amount of photographs do her any real justice.

I just had to take one look and I could understand why some celebrities would want to get married here. This is probably the most photographed castle in Scotland. It is now owned by the Conchra Charitable Trust, and magnificently maintained for the public.

The Castle sits in one of the most stunning locations, on its own island, where three great sea-lochs meet, and surrounded by the most spectacular mountain scenery.

She was built in the mid 13th century as a fortified castle, for Alexander II as a defence against the Vikings, although it is believed She was first inhabited around the 6th century. Since then, She has been built and re-built on at least four occasions as Scotland’s feudal history unfolded through the centuries.

One of her most famous visitors was in the 14th century when Robert the Bruce, at the time when he was out of favour with some of the clan chiefs, and hunted by the English, was given refuge in Eilean Donan Castle by John MacKenzie, Second of Kintail.

The castle played its part in the Jacobite rebellion of 1715. In 1719 She was defended by 46 Spanish soldiers who were garrisoned there, in support of the Jacobite rising.

They held out for 3 days against a bombardment by three English frigates, before they were eventually overwhelmed. The crew from the frigates blew up the castle with the barrels of gunpowder they found there, and She lay in ruins for almost 200 years.

The Island hosting the castle was bought in 1911 by one Lieutenant Colonel John MacRae-Gilstrap, who restored Her. 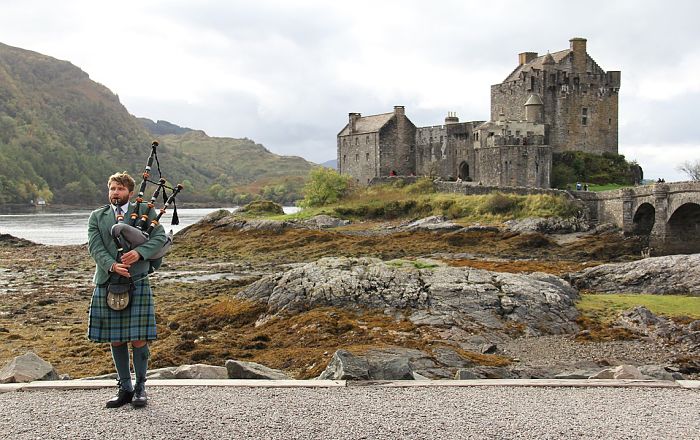 After 20 years of toil and labour the castle was re-opened in 1932. The restoration included the construction of an arched bridge to give easier access to the castle.

Even if you have no interest in history, this magnificent structure is worth visiting for the breathtaking scenery of the area surrounding it. Set amidst hills and trees in what you could call a romantic setting, everything about this place is bound to enchant you.

Today, you can explore nearly every part of the castle, and enjoy a journey through the history of the area. Eilean Donan now has its own visitor centre, where you will find the ticket office, gift shop, coffee shop, and toilets. On the down side, there is no disabled or wheelchair access into the castle, but you can take a computer-based Virtual Tour, which is recommended if you are unable to manage the large number of steps.

When the castle is not open, you can walk over the bridge and around the perimeter, and if the tide is out, go down to the slipway and rocks to see it from a different angle.

When the weather and tide are right, you can capture the castle’s reflection here.

Eilean Donan Castle has featured in many films, including the 1995 movie “Loch Ness” starring Ted Danson. It was used in a few shots in place of Urquhart Castle (which is the real castle on Loch Ness). It also featured in the promotional video for the Highland Year of Culture 2007. On a clear day it’s possible to see the Isle of Skye from the castle.

Donan House is the nearest Bed & Breakfast, where you can enjoy your breakfast with magnificent views of Loch Duich, and you could also spot porpoises and seals. 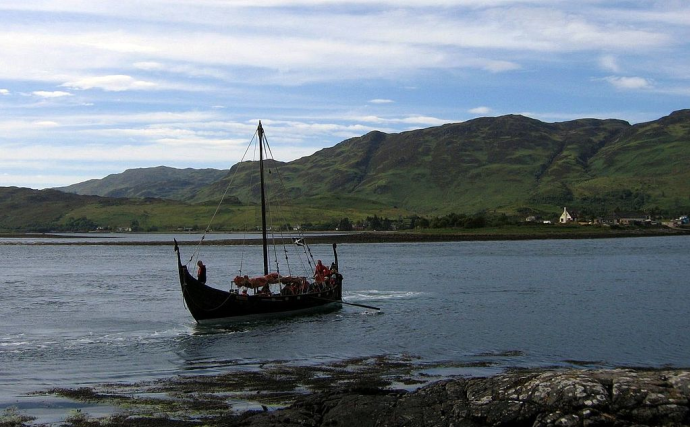 The name Eilean Donan, or Island of Donan, is thought to be called after the 6th century Irish Saint, Bishop Donan who came to Scotland around 580 AD.

At that time the castle offered the perfect defensive position. It’s said to have its own ghosts, but that has not deterred a few celebrities from having their wedding there. Quite rightly, Eilean Donan is often described as the most beautiful castle in Scotland.

Find A Hotel In Scotland. Different providers, different prices, and user reviews. Save time and money, search hotels here for the best deals.