The Glencoe Massacre, probably the most infamous and shameful episode in Scottish history, has led to ill feeling between two Scottish clans for hundreds of years. 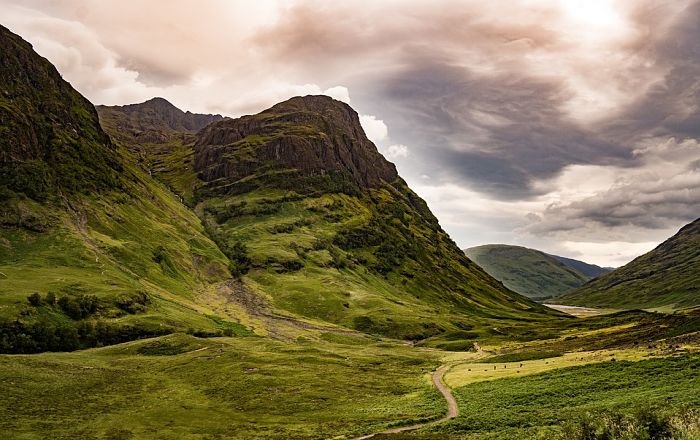 If you are ever fortunate enough to be driving through Glencoe, pull over in a quiet spot (there are many of them) get out of the car, have a look around you, and just listen. Now it could have been my imagination, but I got an eerie feeling …..

The haunting views are hypnotising! Listening to the silence, that strange silence, it seemed as though it was whispering to me, recounting the events of past centuries.

This is one of the most beautiful places on Earth, and it’s really sad to think of what happened here, but unfortunately history cannot be changed! Here’s the story ….

The shameful atrocity of 13 February 1692 was not, as first believed, a clan feud between the Campbells and MacDonalds, it was in fact a government operation.

King James VII of Scotland, and II of England, (a Stuart and a catholic) was deposed by Parliament in 1689, and William of Orange was installed as Monarch, which would lead to the massacre in 1692, and would later spark off the first of the *Jacobite Uprisings, in 1715 – the attempts to reinstate the Stuarts to the Throne.

The action was sanctioned and implemented by the Crown, with approval by Lowland elites, and it intensified the already bitter Highland-Lowland divisions.

The actual massacre itself was a direct order from the Master of Stair, Joint-Secretary of State for Scotland for the new King, William of Orange.

Thirty-eight MacDonalds from the Clan MacDonald of Glencoe were killed by the Campbells, (the guests who had accepted their hospitality) on the grounds that the MacDonalds had been slow to pledge their allegiance to the new king.

Besides being ineffectual, it proved to be a monumental blunder, and public opinion was such that the Government was forced to hold an inquest into the affair.

It had been organised by the new King William’s minister for Scotland, John Dalrymple.

The government was later condemned for the massacre, Dalrymple was to be the scapegoat, and he resigned. It has been debated whether the massacre was caused by William’s desire to make an example of some Jacobites, or by a long-standing clan rivalry, or by the political manoeuvring of Dalrymple himself.

When two advance units were sent to Glencoe on the 1st February they were under the command of Captain Robert Campbell of Glen Lyon, an alcoholic gambler who had gambled away most of his estates. The massacre was to begin simultaneously in three settlements along the glen (Invercoe, Inverrigan, and Achacon) although the killing took place all over the glen as the fleeing MacDonalds were pursued and slain.

On the night before the slaughter, Campbell was given orders to fall upon the rebels, the MacDonalds of Glencoe, and put all under 70 years of age to the sword.

He was told to begin the massacre at 5am on 13 February, 1692, but his superior officers were told to commence at 7am. In addition to the soldiers who were actually in Glencoe that night, there were two other detachments, each of four hundred men, who were, according to the plan, to have converged to cut off the likely escape routes.

Details of the events became public knowledge only because the tormented Campbell leaked his orders to kill in the days after. He had betrayed people he knew. MacIain of Glencoe, the chief of the small branch of the Clan Donald, was a friend with whom he had hunted and fished, and the story goes that Campbell died of his shame.

The scandal was further enhanced when the leading Scottish jurist Sir John Lauder, Lord Fountainhall, was, in 1692, offered the post of Lord Advocate but He declined it, because there was a condition attached that he should not attempt to prosecute any of the people implicated in the Glencoe Massacre. 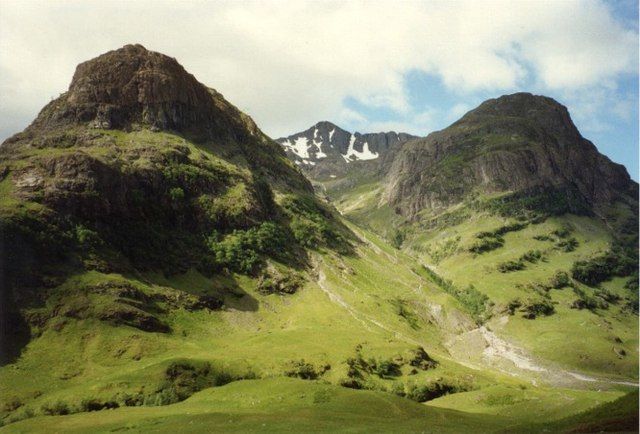 General opinion was that the blame for the whole sorry affair was laid squarely on the shoulders of King William, who was of course, the chief signatory to the incident.

The whole sorry episode proved to be a turning point in Scotland’s history, because it laid to rest any notions that the new monarch served both nations equally. But what made the whole thing so unforgivable was the base violation of the rules of hospitality.

Ironically, some of the survivors of the Glencoe massacre would fight alongside Glen Lyon men a few years later in helping to put down the 1715 “Jacobite Rebellion” by some of the clans in an effort to restore James II to the throne.

The Glencoe massacre memory has been kept alive by continued ill feeling between the MacDonalds and the Campbells. Since the late 20th century the Clachaig Inn, a hotel and pub in Glencoe popular with climbers, has had a sign on its door that says ….

“NO HAWKERS OR CAMPBELLS”

Glencoe is important internationally in terms of landscape, wildlife, history and geology. 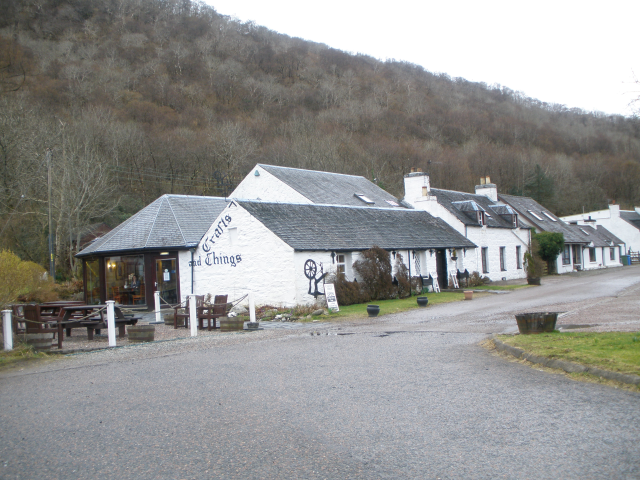 It has been designated a ‘Special Area of Conservation’ to help protect its rare habitat and species, and groups of plants found on cliffs, scree and grassland. May 2002 saw the opening of the National Trust for Scotland’s new visitor centre lower down the glen, near Glencoe village. The visitor centre aims to tell the complete story of Glencoe from its beginnings as a volcano, and how it was shaped by the ice age, to the coming of man and the history of our inhabitation of this most spectacular glen.

Thousands of visitors stop just to look at the glorious views all around and take in the atmosphere of Glencoe, and the centre should encourage more people to do so.