Given Scotlands’ turbulent history and our record of achievement for such a small nation, there are many significant Scottish dates that are worth remembering. 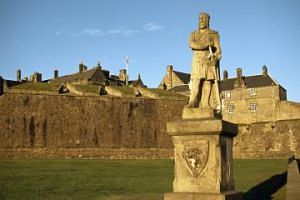 Apart from our historical timeline which shaped our destiny, there are many significant dates that have won recognition for Scotland.

Considering we are a small country, we have every right to be pleased with our contribution to the world. So here is my list of significant Scottish dates, which includes some of the most notable historical and sporting dates, although it is by no means comprehensive.

1296 – Edward I of England takes the Stone of Destiny (Coronation Stone) from Scone Palace to Westminster Abbey.

1320 – The Pope accepts the Declaration of Arbroath, recognising Scotland’s independence from England.

1559 – The Reformation in Scotland begins with John Knoxs’ sermon in Perth.

1603 – The Union of the Crowns, with James VI of Scotland becoming James I of England.

1682 – The National Library of Scotland is founded.

1692 – The Glencoe Massacre takes place when the Clan Campbell murder 38 MacDonalds, on the orders of King William and the government.

1707 – Scotland and England are united to form Great Britain, when the Act of Union is passed.

1715 – The first of the Jacobite Rebellions fail with defeat at the Battle of Sheriffmuir.

1744 – The world’s first Golf Club, the Honourable Company of Edinburgh Golfers was founded.

1745 – Bonnie Prince Charlie returns to Scotland to signal the beginning of the second Jacobite Rebellion.

1746 – This Rebellion ends when Bonnie Prince Charlie is defeated by Government troops at the Battle of Culloden.

1872 – Scotland and England play the first ever International Football match.

1873 – The Scottish Football Association was founded.

1937 – The Queen Elizabeth, the largest ocean liner ever built, is launched at Clydebank, Scotland.

1943 – German air raids during the Second World War result in the deaths of more than 1000 Scots between Glasgow and Clydebank.

1975 – The first of Scotland’s North Sea oil is piped ashore at Peterhead.

1995 – Colin McRae becomes the first Scot and the youngest person ever to win the World Rally Championship title.

1996 – The Stone of Destiny is returned to Edinburgh Castle after 700 years. A replica can be seen at Scone Palace in Perthshire.

1999 – Following devolution through the Scotland Act, 1997, a Scottish Parliament is re-instated after 292 years.

That completes my list of significant Scottish dates, but let’s not forget there’s a few famous Scots, who contributed to the world in the fields of invention, entertainment, medicine, discovery, sport, and literary accomplishment. They all deserve praise.