The Edinburgh Military Tattoo is amazing. Watch in wonder as the Castle gates open, the night sky crackles with the sound of pipes & drums, and the city comes to life.

I stood with my mouth open, the hairs on the back of my neck standing, witnessing a most spectacular performance that I can only describe as ‘electrical’. The Tattoo is without doubt the most exhilarating show I have ever had the good fortune to see.

By the time I left I was somewhere in the clouds, elated beyond description. And I can assure you, I wasn’t alone. Everyone else seemed to be on a ‘high’ and this year will be exactly the same, especially for anyone in the world with Scottish connections. 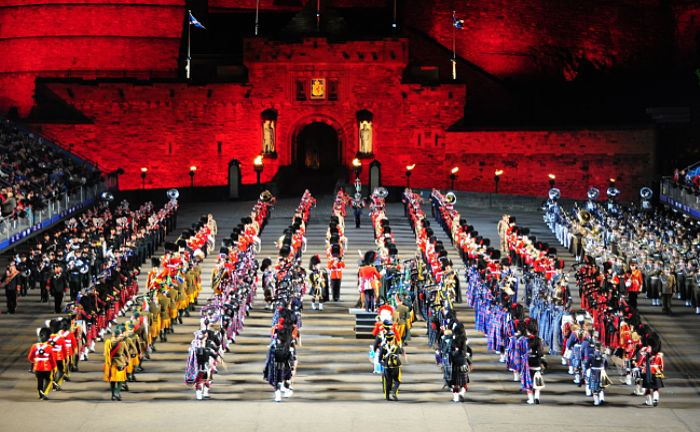 It takes place every August, with massed pipes & drums, displays, and performances from over 30 countries celebrating this great event, which is now over 50 years old.

The lucky ones will be there in person to enjoy this most spectacular celebration.

Billed as the most spectacular show of it’s type, the Military Tattoo is the largest outdoor event in the city, attracting a worldwide audience. This year, as in every other year, over 200,000 people will see the Military Tattoo live at Edinburgh Castle, and a further 100 million will be witnessing the event on televisions around the world. 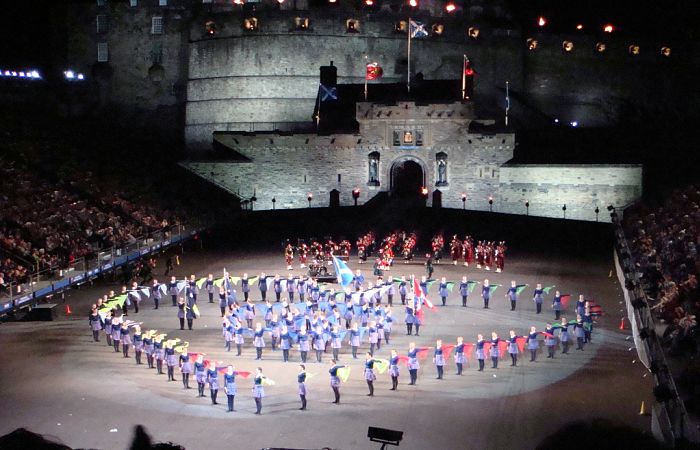 Visitors from all over converge on Edinburgh, to unite in international friendship, to share in the love of culture and tradition, and to be swept away in the rapture of the great spectacle unfolding before them. Some travel thousands of miles to witness the blend of home and international talent that keeps the show fresh and exciting.

The Edinburgh Military Tattoo, has grown from humble beginnings in 1950 with just 8 items on the programme, to the famous, and extremely popular event it is today.

Typical shows feature a wide range of bands from overseas taking part, with cultural performances including military bands from the Commonwealth, Europe and the USA, steel bands, cultural groups, and contributions and displays from the military forces.

Video clip from the Tattoo

One of the highlights is the massed pipes and drums, provided by regiments of the British Army and regiments from around the world with Scottish connections.

At the grand finale, attention turns to the Castle ramparts, where the spotlight is on the Lone Piper playing his haunting lament. If you can’t manage in person you can see highlights of the tattoo, usually shown on BBC television on the final day of the event.

The Tattoo is one of the world’s best known spectacles and is organised for charitable causes. Millions of £s have been given to deserving military and civilian charities.

See the Scotland Travel Information page for all the information you need for travelling to and within Scotland. Get helpful advice on passports and visas, currency, weather, holiday extras, useful travel links and more.

The Edinburgh Hogmanay Party
You’ll love the Hogmanay street party, with a Torchlight Procession, Carnival, Street Theatre and lots more going on.
The Edinburgh Fringe Festival
One of the world’s largest arts events, the Festival stages more than 2,000 shows in hundreds of theatres, and much more.