Glamis Castle is a most magnificent building, but behind the majestic appearance lies many strange and dark secrets, just like many more of our Scottish Castles. 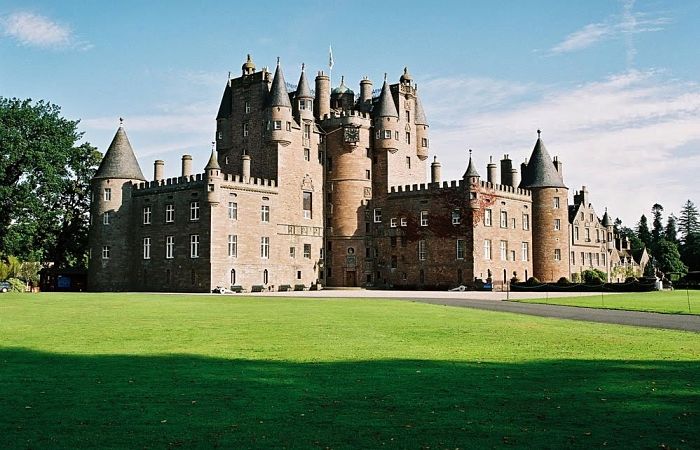 This castle was gifted by Robert the Bruce to the Bowes-Lyon family in 1372, and it has remained in their care ever since. It was originally a royal hunting lodge, and is perhaps best known as the childhood home of the Queen Mother.

The Castle has been around since the 11th century and has been shrouded in mystery with stories of ghosts, monsters and pacts with the Devil.

She is located 80 miles north of the capital, Edinburgh, and around 12 miles north of Dundee. Unique architecture gives the Castle the look of a French Chateau, and tours of Royal residences put Glamis second only to Balmoral Castle as a visitor attraction.

So what exactly is the mystery surrounding this beautiful building?

It’s alleged that a Bowes-Lyon child, born deformed in 1821, was kept hidden through infancy, and spent his adult life confined in one of the Castle’s secret rooms. Known as the Monster of Glamis Castle, and even described as a hideously deformed ghost, the handicapped son was hidden in the Castle until he died, so that he would not inherit.

But there are more strange, sinister tales attached to Glamis Castle. Story has it that one Earl Beardie lost his soul to the Devil while playing cards. The family chapel is said to be haunted by the Grey Lady, thought to be the spirit of Lady Janet Douglas, who was burned at the stake as a witch in 1537, on charges of plotting to poison the King.

When you enter the chapel today, the castle tour guides will tell you that there is one seat in the chapel that is always reserved for the “Grey Lady” and on one occasion more than 100 people present in the castle swear that they saw her glide past them.

And another ghost, “The White Lady” known as the Lady of Glamis, is believed to be Lady Campbell who has been haunting Glamis Castle for hundreds of years.

Another story relates to a neighbouring aristocratic family, the Ogilvies, who arrived at Glamis in 1486, begging for protection from their enemies, the Lindsays. They were shown to a chamber under the castle and left without food or water for over a month.

Secret chambers have always been associated with Glamis, and they say that if you count the windows on the outside, and compare them with the windows on the inside, there will be two windows short, implying there’s at least one secret room.

The Castle was opened to the public in 1950 and it is available for corporate events, wedding receptions and private parties. Visitors to Glamis Castle will be impressed with the entire estate, comprising over 13,500 acres of farmland, commercial woodland, and much of Glamis, which is a nice little village about five miles from Forfar. 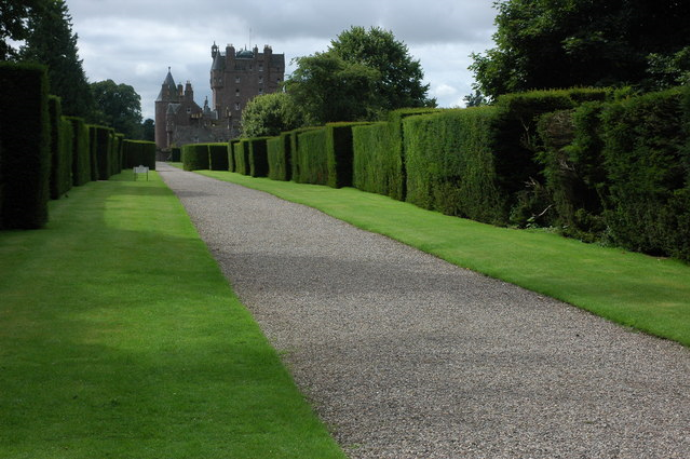 The escorted tour will take you round the luxurious apartments, the crypt, the private chapel with painted ceiling, and the sitting room used by the Queen Mother.

After your tour you can relax in the tea room, and take a stroll in parts of the gardens and grounds, open to the public from March – December, from 10 am to 6 pm.

Glamis Castle (pronounced “Glams”) may have more strange and ghostly tales attached to it than any other castle in Scotland, but regardless, it is definitely worth a visit.