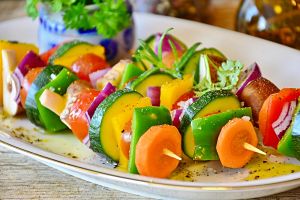 Just want to share with you a new trend we have noticed among our local populace! A real interest in healthy eating!

Gone are the deep fried mars bars and instead they are demanding healthy nutritious food!

You can see this happening at many of the major music festivals like T in the park – they have a Healthy T section now and traders are not allowed in now unless they are working towards or actually hold a Healthy Living Award! And as food traders we are just beginning to see the youngsters whose parents have been trying so hard to change the way their families eat, growing up with a great attitude towards healthy food!

Lets tell the world so they stop labelling us as an unhealthy couldn’t care less nation!

So I Just Went And Got The Certificate

Years ago the family had a pony trekking holiday in the west coast of Scotland. We got to know the old guy who owned the ponies quite well. He had worked with the horses since boyhood.

School had been a prison from which he was released in the afternoon to be with them. His love for the animals was obvious. He did everything for them and had been shoeing horses since he was fourteen. One day he received a letter telling him that he had to stop shoeing horses because he did not have the necessary certificate.

“So I just went and got the certificate, ” he said.

Now I am in a situation where I will just have to go and get the certificate. I have to explain to a social worker who looks about twelve, why I am a suitable candidate to adopt a child. This after bringing up three children of my own and having looked after the child in question since she was two days old. I have no option but to comply but it’s a frustrating and expensive business being vetted.

Sometimes we just have to go and get the certificate.

I live in Perth but in some places in Scotland the waves that i’ve seen have been about 40 feet in height. Like when me and my grandad went fishing. Unexpectedly, a wave went around a 35 foot wall and completly soaked him. Lucky for me I was at the other side of the harbour. I see Perth is featured on this site. It’s a lovely place to visit, and you won’t see any big waves here. If you’re a visitor touring the country, why not drop in on your way to the Highlands, you’ll love it!