The most famous ship in the world, the Royal Yacht Britannia was launched at John Brown’s Shipyard in Clydebank on the 16th April 1953. The rest of the story is History. 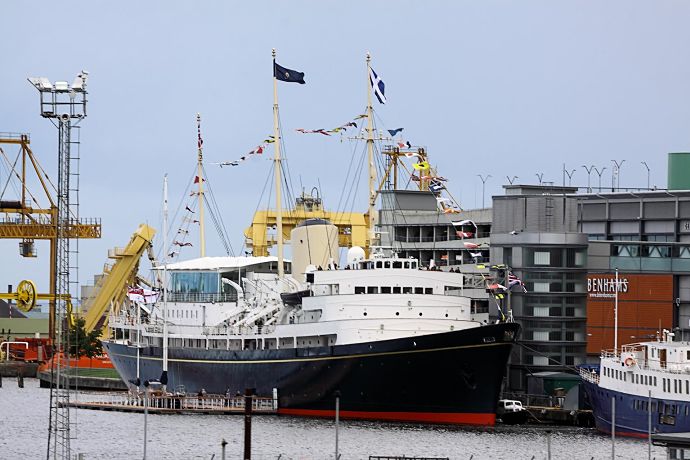 She has served the British Royal Family for over 40 years, clocking up more than one million miles around the globe, including many of the Royal Family holidays and more than 900 official voyages. Britannia has carried on a tradition of Royal Yachts, dating back 300 years to the reign of Charles II.

She is moored at Leith, just a short bus ride from the centre of Edinburgh, and with Edinburgh airport less than thirty minutes away, you have to see this magnificent ship, that has been host to some of the worlds most famous people.

The Royal Yacht Britannia, recommended by BBC News as “Scotland’s leading visitor-friendly attraction”, is a must-see when in Edinburgh. She was originally intended to serve as a mobile refuge for the Royal Family in the event of nuclear warfare with the Soviet Union, but Britannia is now the most popular of Leith’s attractions.

In addition to her official duties She was used to promote British industry abroad, and four Royal couples have honeymooned on board, including Prince Charles and Princess Diana. When none of the royal family were on board, the jack and ensign were worn in the normal fashion.

Britannia has sailed all over the world, from the South Seas to Antarctica. Her 4,000 tons was designed so that she could be converted into a hospital ship if necessary.

Decommissioned in 1997, when The Queen decided that no other Royal Yacht would replace Her, corporate guests can now enjoy sampling fine cuisine from her fully-functioning galleys. Following fierce competition from some other cities in the United Kingdom, Edinburgh was successful in her bid to be Her new home, and She has now become Scotland’s seventh most popular paid-for tourist attraction. 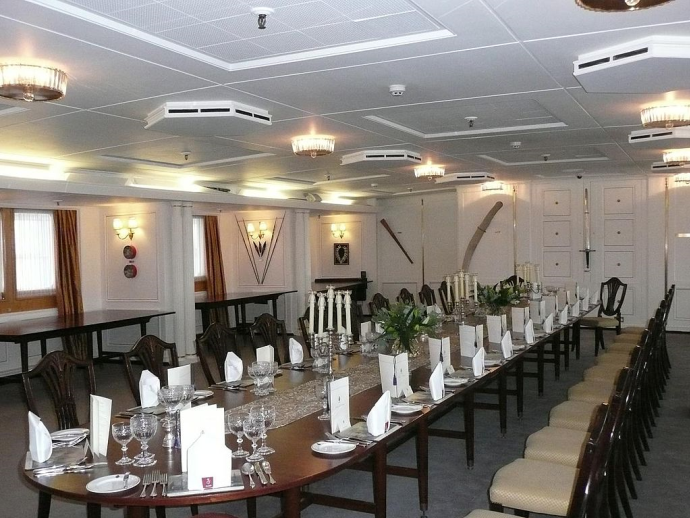 Guests are piped aboard via the Royal Brow and taken on a tour, then welcomed into the State Apartments where they enjoy cocktails and canapés. After dinner, guests can enjoy a talk by one of Britannia’s past Admirals, and evening events are hosted in the State Apartments, furnished with original items from the Royal Collection.

Your visit starts with a look around the Visitor Centre, located on the second floor of the Ocean Terminal. Here you will find photographs, exhibits and displays. Discover Britannia’s fascinating past before collecting your audio handset and stepping on board, following in the footsteps of Her Majesty The Queen and the Royal Family. 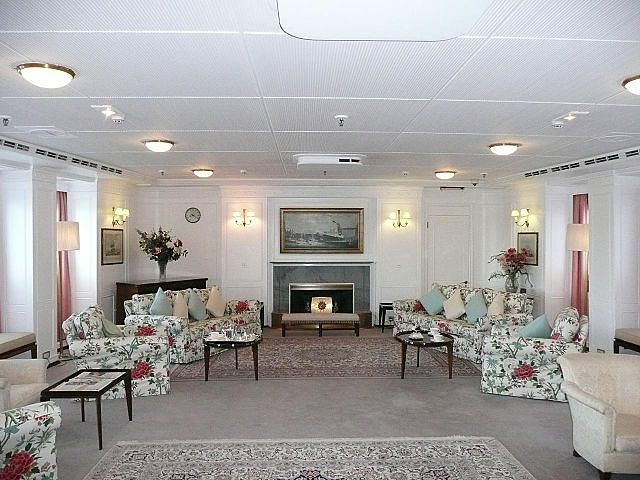 The personal audio tour will lead you around the Yacht’s five decks.

Starting at the Bridge and finishing in the Engine Room, you will get a glimpse of not only the British Royal Family life, but also the reality of life and work on board. You can also view the royal bedrooms, but not enter them as the yacht’s new owners consider that such access would be “inappropriate”.

Your tour ends in the Engine Room, spectacular and gleaming as it has always been. After your tour, you can visit the Royal Yacht Britannia shop where you will find a fine selection of exclusive gifts. To get the best from your Royal Yacht Britannia tour I would recommend you allow at least two hours. A fascinating insight into the lifestyle of the Royal family, this is now one of Edinburgh’s most popular attractions.