Maybe it’s not the most famous among Scotland’s many castles, but Urquhart Castle is well worth a visit for the history and of course, the magnificent views of Loch Ness. 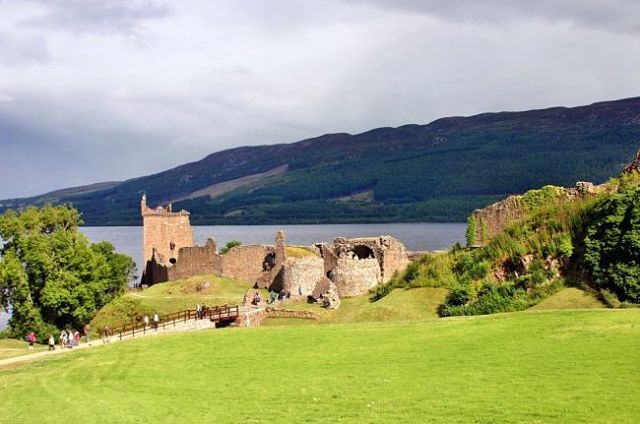 After my visit to Urquhart it was the views that I remembered most, more than the castle itself. It’s situated on the banks of Loch Ness, surrounded by stunning scenery, making it the ideal vantage point for splendid views over the Loch and Great Glen.

Urquhart, which was once one of Scotland’s largest castles, has a most fascinating and bloody history, that dates back to the 13th century, some of which we know.

Built in the 1230s, the best preserved part of the castle is the tower that was built by the Grant family, and despite its ruinous state it remains an impressive stronghold.

It is thought there was a Pictish settlement in the area around the year 597. From the 13th century, when the area was granted to the Durward family, much blood has been spilled and Urquhart has changed hands many times, like so many Scottish castles.

Featuring prominently in the Scottish struggle for independence, the Castle was occupied by King Edward I of England in 1296, and it remained in English hands until Robert the Bruce was crowned King of Scotland and recaptured it in 1308. 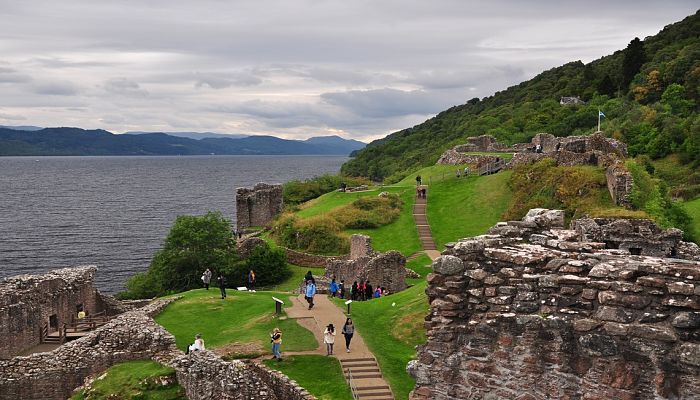 The final action here, came in 1689 during the Jacobite uprising, with the Castle being defended by a garrison loyal to the protestant monarchy of King William of Orange, holding off the Jacobite force, who had pledged allegiance to the exiled Stuart kings.

When the soldiers left in 1692, their last act was to blow up part of the Castle, so it could not be used as a stronghold for Jacobite rebels, and it remained in ruins. In 1912 it was handed over to the state and was bought by the Chewett family in the 1930s.

A climb to the top of the tower will give you the most spectacular views across the imposing Loch Ness. Believe it or not, there are some visitors who patiently lie in wait hoping to catch a glimpse of “Nessie” the mysterious, elusive Loch Ness Monster. 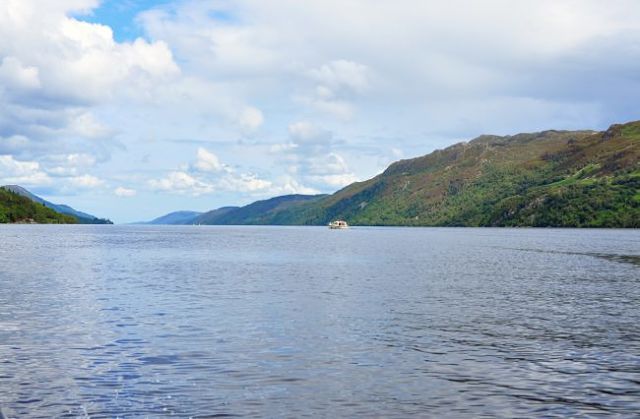 In 2003 Urquhart Castle was gifted to the National Trust For Scotland, by the widowed Mrs Chewett, and is magnificently cared for by Historic Scotland, who have carried out some modernisation of the castle. There is now a new visitor centre on site.

The centre shows an introductory film tour of the history of Urquhart Castle, and a model of how it would have looked at its peak. The Centre also has a shop and cafe, and around 250,000 visitors come each year. But perhaps two of the most famous visitors were Queen Victoria and Prince Albert who actually stayed here in 1847.

Conveniently located just one hour’s drive from Inverness Airport, Urquhart Castle has now become one of our most popular tourist attractions, along with Loch Ness, and tales of the Loch Ness monster. There is free parking at Urquhart with disabled access around the grounds, and with Inverness and Fort William nearby, you have a good base to explore the Scottish Highlands with a host of attractions and outdoor activities.